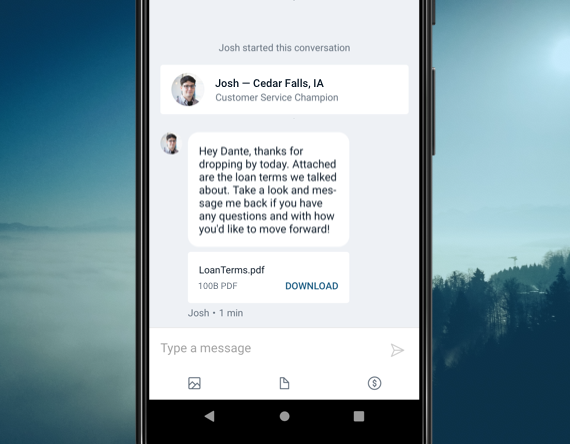 When you need to reach out to your users to follow up on a branch visit or application, offer a product that suits them perfectly, or to simply say hello - you'll now have the option, starting this month. With this release, you can start conversations from Banno Support but we’re bringing the same functionality to Banno People℠ in the near future.

We’ve also changed the way support representatives appear to your users when joining conversations. We’re putting friendly names and faces in the forefront, enabling you to deliver the same personal service digitally as you do in person. This update is available in the latest update to our Android app and in Banno Online and will be included in the next iOS® app update.

Setting up direct deposit and enrolling in online bill payments just got way easier for your users. Account (MICR) and routing numbers will now appear within the account details screens of Banno Mobile, Banno Online, and Banno People℠. This might lighten the load on your support team’s shoulders a bit, too. Win-win.

In the latest update to our iOS® apps, we’ve updated the way we encrypt and decrypt data stored on device due to incompatibilities with iOS® 13. Most users won’t notice a difference but users without a device passcode (or about 14% of devices we've seen) will no longer have an offline cache of data, like previously fetched account balances and transactions. If you have any customers reach out, urge them to protect their device with a passcode!

Apple introduced a number of subtle tweaks to how apps behave in iOS® 13 that we’re taking advantage of, such as the appearance of groups of buttons, modal dialogs, and dark mode.

We’re working on a new theming system to allow for dark mode support on all platforms later this year.

iOS® 13 will be available on September 19 and once it lands Banno Mobile will no longer support iOS® 10.

As of our last Android app release (2.11.x), we no longer support Android versions less than 5.0, and Android 10 is now available.

Dropping support for older versions helps us to make a better experience for the majority of users and embrace new platform features. 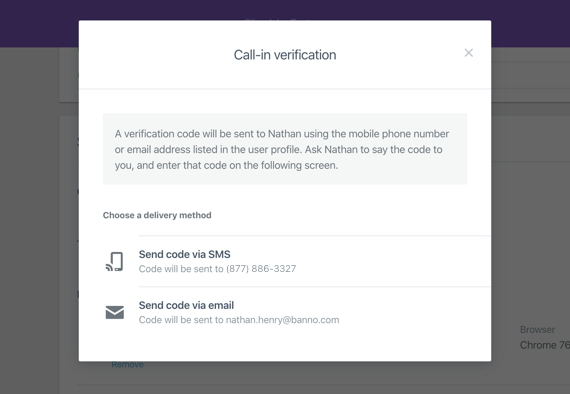 A new feature in Banno People℠ allows you to send a one-time code to a user via email or text message which can be read back to you to confirm the user’s identity. This is an enhancement to replace existing methods where the user provides a static secret passphrase or 4-digit code. The code we send is one-time use and will change each time the user needs verified to provide an extra level of security. This feature is being released this month in beta for testing and will require configuration on our end for both banks and credit unions.

We’re excited to announce our testing period for attaching transactions and accounts to conversations is complete and went extremely well for the institutions who helped us test. Now that they have been thoroughly tested, these features will come standard with conversations later this month.

Sometimes when you’re working on your website you could save a lot of time by just copying an existing page and making updates for the new page. Up until now that hasn’t been possible with the Banno CMS. To clone a page just select the “Clone page” option in the Save menu, enter your updated details, and you’ll be ready to edit a new, duplicated page.

If you have questions about anything you read here, contact support.

Release notes are posted in the ForClients portal in advance of mobile releases and contain a rollup of all client-side changes made to Banno within the period.